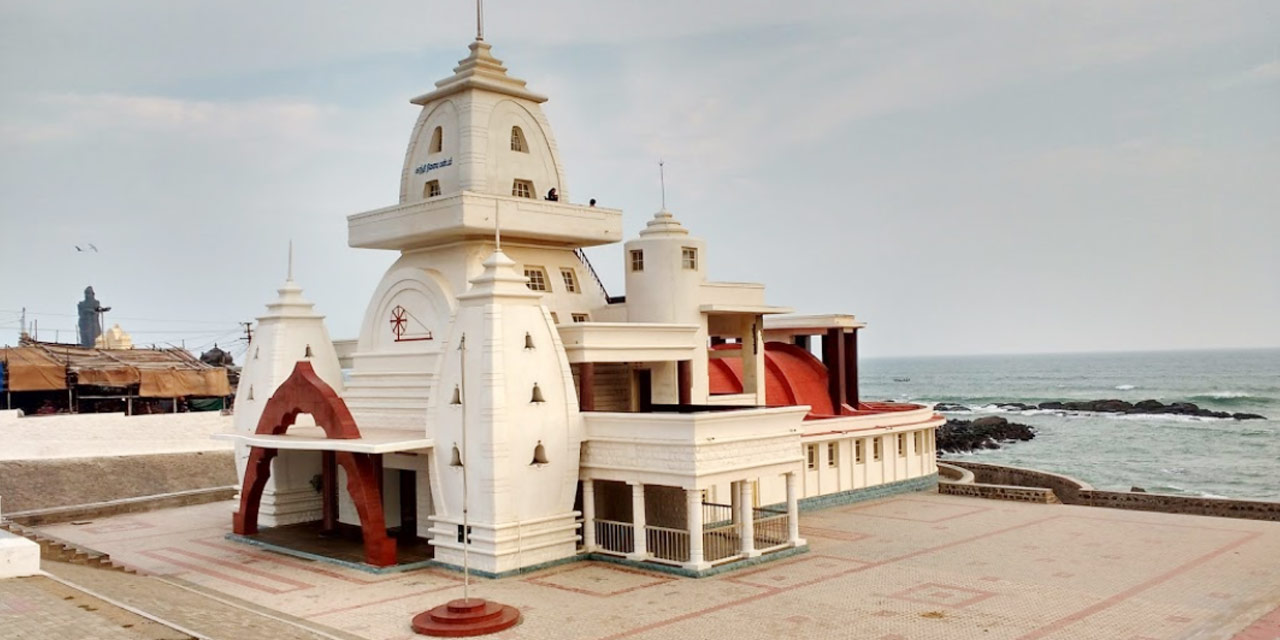 Located near the shores of Kanyakumari, Mahatma Gandhi Memorial was built in the honour of Mahatma Gandhi, the father of our nation. Also known as Gandhi Mandapam, it is an important part for every Kanyakumari tour, presenting a glimpse into the historical richness of India and into life of the great man that India had seen.

Mahatma Gandhi has visited Kanyakumari twice, in the year of 1925 and then in 1937. After his demise in 1948, his ashes were kept in 12 different urns so as to transfer them to different parts of the country. One of these urns was brought to Kanyakumari. Before immersions, it was kept at the spot where the memorial is built now for public so that they can pay their last homage to one of the greatest sons of India. Later the ashes were immersed in the sea waters at Kanyakumari. Later Mahatma Gandhi Memorial or Gandhi Mandapam was built at the same place.

The construction of Gandhi Memorial was completed in the year of 1956. An excellent example of modern architecture, it draws inspirations from Orissa style of architecture. The central spire of this mandapam with pink portico has a height of 79 feet which is symbolic of the age of Mahatma Gandhi at the time of his demise. The most striking feature of Gandhi Mandapam is the ceiling of the building. It has an opening that has been built in such a way that on every 2nd October which is the broth anniversary of Mahatma Gandhi, rays of Sun falls exactly on the spot where his ashes were kept.

Another prominent feature of Gandhi Memorial is the view of the surrounding areas from the top of the memorial that is breathtaking. So take your time while visiting Gandhi Memorial and spend some time watching the captivating view.

There is also a library showcasing books, magazines, pamphlets and other kinds of literature from the pre independence times. This library can be visited on Friday and Saturday of every week. One can also see various photographs of Mahatma Gandhi and other great personalities who have contributed greatly for India and the world.

In the year of 1978, Mahatma Gandhi Memorial came under the administrative control of the Public Department of Tamil Nadu Government.As it is located near Kanyakumari Devi Temple, one can visit both the places together.

The opening timings of Gandhi Memorial are from 7 AM to 7 PM.

There is no entry fee for Mahatma Gandhi Memorial. However, you are required to pay a minimal amount of Re.1 for keeping the footwear outside the memorial as footwear are not allowed inside the memorial.

Gandhi Memorial is located at a distance of 1.3 km from Kanyakumari railway station. It is easily accessible by auto rickshaws and cabs. Tourists can also walk up to the memorial.